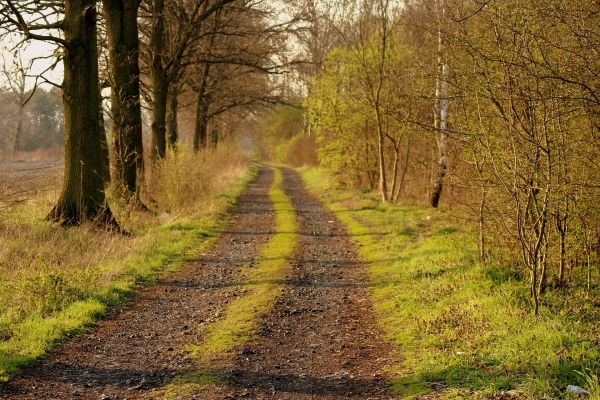 There is not just one experience of Easter in the gospels; no singularity but a diversity of encounters with Jesus who is both in and out of these meetings. He is absent and also present, and that is an odd way to tell us these stories. We are invited to walk our own ways to the central meaning of him. We will come to know some things but will be left to discover others. One of our familiar stories is that of Emmaus.

In Mark’s gospel, this story has only two lines; in Luke, the narrative is long and has many elements including grief as one of the characters. Long before the road walkers reach the table, they have been met in their distress by the stranger who listens to their story. I imagine not just one speaker but a jumble of a tale with each telling a part that was important: lost expectation, the experience of those at the tomb with messengers, with angels, the passage of time that has them deciding who was responsible, assigning blame. Separation from community is present too; they have left Jerusalem and the company who remained.

They are met on this road by one who knows the prophetic scriptures, one steeped in the tradition. They are offered another frame of reference which is placed side by side with their own. Once their laments are broken open, the balm of solace results in hospitality, in the welcome of the stranger to the table, the desire to continue the new relationship, to enter a time of rest. Their heart song has been heard, and they are warmed and ready to hear more. What breaks open next will astound them.

A friend entered a hospital room at the end of a long day, in the midst of many losses in the parish community. She had named the patient “Nine Lives Ned” because he had come back from the edge of death so many times. She found him full of a tale of encounter: he had dreamed that he had died and was carried into heaven where he saw a great number of characters, Biblical and otherwise. He marveled that he had not had to walk on his own, that he was no longer afraid of what was next for him on the road of his illness. Because she was tired herself and hungry, my friend reached for some of the food on Ned’s dinner tray. He took a roll from it, broke it open and gave it to her. And, she said, she knew Jesus there in the breaking of the bread. Not only was Ned changed but she was too. The One who accompanies was present and left astonishment behind.

At the other table, the Emmaus one, there was the familiar and also the unexpected. And this story will be told again and again. All will be remembered in new ways. The borders of their experience will be expanded, and the community of believers will keep walking into rooms, into lives, into new stories and they will be met in all the circumstances, on all the roads, in their own openheartedness to whatever is yet to come. They are those whose lives are not diminished by the breaking but made whole.

And so it is with us on our Easter roads, on each one an opportunity to become joint participants in the gospel.