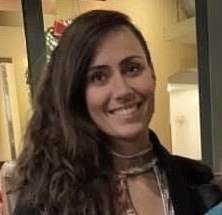 Danielle Duncan was born in Los Angeles in 1992 and began her piano studies at the age of five. She graduated magna cum laude with her Bachelor of Music degree at Bob Jones University, then studied with 2005 Van Cliburn winner Alexander Kobrin as a Masters student in the Schwob School of Music at Columbus State University. Danielle’s various awards and recognitions include first prize in the highest solo level at the Florida Federation of Music Clubs Competition in Jacksonville, finals in both the concerto competition and annual solo competition at Bob Jones, and semi-finals in the concerto competition at Columbus State. In 2015 she received the Honorable Mention award at the Georgia Music Teachers Association Competition in Athens, Georgia. During the summer of 2014, she performed as a soloist in the Gijón International Piano Festival in Spain and in August 2017, she had the opportunity to study and perform at the Music Fest Perugia in Italy. She has performed in collaboration with high-profile musicians such as cellist and Grammy Award winner Sara Sant’Ambrogio, as well as various members of the Jacksonville Symphony Orchestra.