Commentary on "The Cellist of Sarajevo" 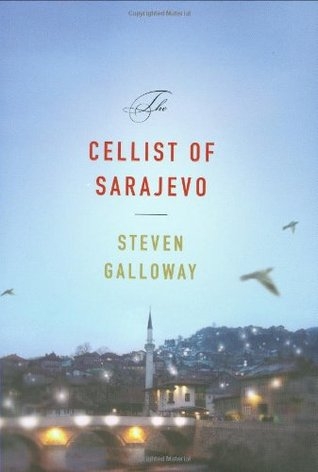 The 2008 novel The Cellist of Sarajevo is a fictionalized retelling of the horrors of the Bosnian War in the early 1990s when the capital city of Sarajevo underwent the longest siege of a capital city in modern warfare. From 1992 to 1996 nearly 14,000 people were killed and over 100,000 homes and buildings were damaged or destroyed.

In the book, a bakery was bombed by mortar shells in 1992, killing 22 people waiting in line for bread. In the immediate aftermath of the attack, rescue personnel and neighbors rushed to the scene to help the victims, including a thirty-five-year old gentleman named Vedran Smailovic.

Smailovic was not a doctor, or politician, or soldier. By many standards he was simply powerless to address the persistent rain of mortar shells and random sniper fire that deluged his beloved city on a daily basis. Smailovic was a musician, an accomplished cellist with the Sarajevo Philaharmonic Orchestra.

In the wake of the bombing of his bakery, Smailovic did the one thing he knew how to do well. He took his cello to the very site where those twenty-two innocent victims were killed, and he began playing the hauntingly melancholy Adagio in G Minor by Tomaso Albinoni. For twenty-two straight days, one day for each of the victims, the cellist played the same song, in various places around Sarajevo where violence and destrucion had consumed the city. He played right in the midst of rubble, at funerals of the deceased, or even in open courtyards in the dead aim of sniper rifles and as bombs and bullets continued to wreak havoc around him.

His music brought comfort to the grieving and a therapeutic salve to a war-weary country. He provided a real-time soundtrack to the agonies of the suffering, expressing both latent and blatant pain in a way only music can. But more than that, the public performances embodied a bold confrontation of the powers at large, proclaiming that no act of violence and no evil deed could thwart the spirit of a people determined to live in freedom.

...to provide songs that strengthen the soul in the midst of suffering. This is the holy task to which God calls the church. For like the cellist, we have no rightful claim to political power or military might. The church is neither politician nor soldier, and history has shown the tragic consequences when the church has tried to assume either role.

Our discipleship demands that our tactics to address evil must be born of a separate standard and a different ethic, lest we become the very evil we strive to overcome.

The Cellist of Sarajevo might remind us that the church's calling is one of melodic defiance. Our task is neither to fight nor to cower, but to sing. It is to claim the songs of peace, comfort and courage, daring to perform them where the world most needs to hear them: not in the shadows of the security of safe distances, but directly in the face of the oppressor, in the line of fire, as a living, lyrical witness to the power of the Resurrection.

Despite what the secular voices may say, the church is far from weak, or powerless, or irrelevant. Rather, the church can offer the very thing that would most remedy a world caught in an endless cycle of self-destructive behavior: a subversive, surprising song. A song whose lyrics speak of self-giving love rather than self-addicted agendas. A song whose sounds are counter waves to the thrum of war chants and the clanging of swords. A song whose melody drives us upward towards holiness and purity, rather than into the darkest recesses of our sinful instincts. A sacred harmony that pulses with God's unconditional love, calling us to forgiveness.

Yes, it is a dark and broken world. And, the temptation might be to cower in fear.

But “do not be afraid” the angels sing. For ours is a holy calling. The church has a song to perform, and we each have instruments to play. And God has stepped onto the podium, baton in hand.”