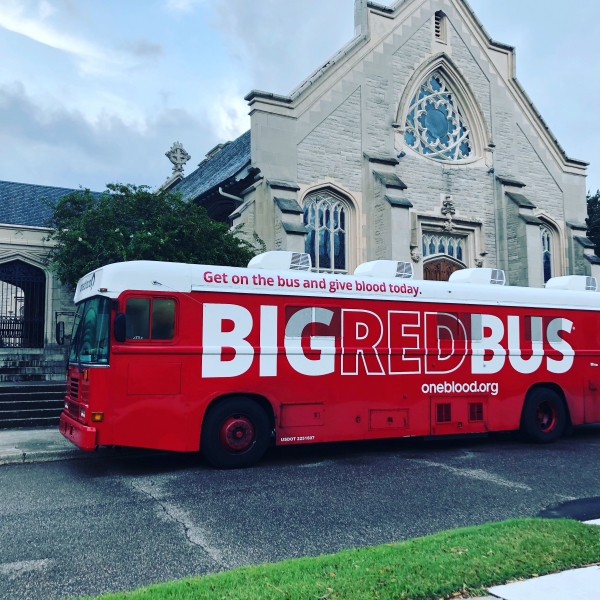 Every 8 weeks (or so) St. John's Cathedral hosts a blood drive with One Blood. You'll see the big red bus parked on Market Street. It's the best way to give the gift of life.

If you have questions about being a donor, visit One Blood today. 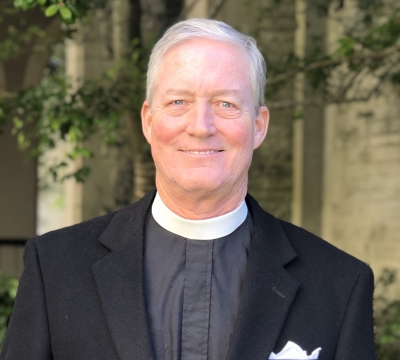 Bob has served as Rector of some of the largest Episcopal Churches in the United States, including Christ Church Greeenville South Carolina and St. Michael and All Angels in Dallas. Bob has come to us to assist the Dean in the running of the staff and administration of this Cathedral and to be closer to his children and grandchildren. Bob is a native of northern Florida. Bob received his Master’s of Divinity from Virginia Theological Seminary, a Doctorate in Ministry at Drew University and a PhD at the Graduate Theological Union. 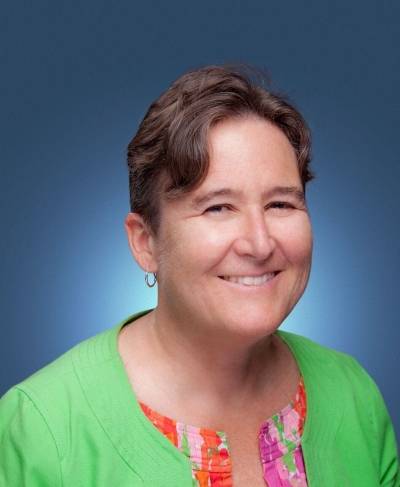 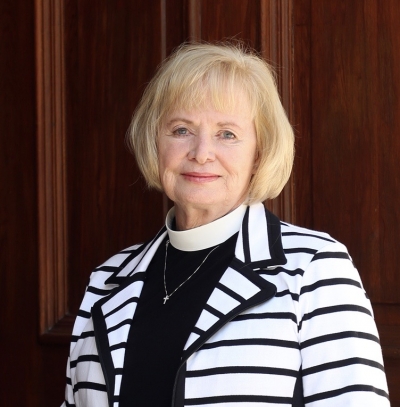 A native of Montgomery, Alabama, Saundra grew up in the Baptist Church, later coming to Jacksonville and to the Episcopal Church through the influence of her husband, Bob Kidd. The Kidds have been long-time active members of St. Mark’s Church, Ortega, and it was by their sponsorship that Saundra sought ordained diaconal ministry. After her ordination four years ago, she served at St. Mark’s until June 1, 2020.

In addition to her degrees from Huntington College, Montgomery, and the University of Alabama, Saundra has also completed significant theological education in preparation for ordination. Following her masters program in Math, Saundra worked for Prudential/AETNA for 27 years, retiring as the Director of Small Business Operations.

Saundra has a wide breadth of experience in both lay and ordained ministry, serving primarily in outreach, formation and pastoral care. She also has participated at the Diocesan level, currently serving on the Commission on Ministry. Saundra’s areas of focus at St. John’s will continue to be the same.

She and Bob have two adult children, Tiffany and Andy, and two grandchildren, Maggie and Emily.